You are here: Home / Health / Why Babies Need to Master Crawling for Brain Development

When it comes to babies and physical development, I am overly sensitive. Baby #1 crawled at eight months with her hips on the floor which some might call the “army crawl”. However, at 15 months she still wasn’t walking. She was diagnosed with developmental dysplasia of the hip (DDH) or hip dysplasia at 15 months. At 17 months she was in a full spica cast from her upper chest to her ankles. She was in this cast for 3 months and didn’t end up walking until she was 21 months. When baby #2 arrived, I was more than nervous when it came time for these developments.

Baby #2 actually crawled and walked right on schedule and had no problems with his hips, thank God. It does run in our family so it was a huge concern.

And now here comes baby #3, babbling up a storm, eating the same foods we eat, and interacting like a toddler. But at 9 1/2 months, she’s still not crawling. Not rolling. Not doing anything that requires her to be very mobile. Is she just lazy?

I was ready to chalk it up to that until her 9 month well-child visit when the doctor evaluated her and notice one other troubling thing is that baby #3 also doesn’t bear weight on her legs. So of course alarm bells went off in the doctor’s head and off we went to get x-rays of baby’s hips. The waiting was excrutiating but it turned out baby #3 got the all-clear for her hips. No dysplasia whatsoever. So why wasn’t she moving?

I think it’s partly my fault. I would give myself all of the blame (isn’t that what mothers do?) but she is the third baby with two very active siblings that she likes to watch and I really believe that is part of her immobility. She just doesn’t want to. It’s so much more fun for her to sit and watch her siblings be funny and entertain her. What does she need to be on the floor for when she has a front row seat to the show?

But I also think I should have been doing more with her (here comes the guilt). I think being the third baby and the house being a little chaotic, the exercises I did with the first two got lost on this baby. I just forgot and also didn’t have the time. I feel sick thinking that I may have single-handedly delayed her mobility. And while so many people have been telling me they or their child didn’t crawl or roll, it concerns me because I know now what I can do to help her and why it is really so important for babies to crawl before they walk.

Why crawling is important

When babies crawl, they strengthen the trunk, shoulders and hand muscles. Crawling itself with the repititious movement, stimulate the brain and allow it to control things like comprehension, concentration and memory. For a baby to crawl, he/she needs to visually determine where she wants to go and then move in that direction, the hands being the guides and the child’s first test of hand/eye coordination becomes established. This skill set is used later in life for reading, writing and sports activities.

Another reason crawling is important is that it helps in the development of binocular vision. This involves training the eyes to look off into the distance and then back at the hands while crawling. Binocular vision is used when a child needs to copy something from a blackboard at school.

I have also found a direct link between lack of mobility in infants and ADD at an older age. There are people that have told me that they never crawled and they definitely do not have ADD, as far as I know. But there is a chance that crawling delays can result in developmental delays later on. The Early Intervention case worker described it as having to complete steps 1, 2 and 3, so that my baby can get to steps 4, 5, and 6.

In Glenn Doman’s book, How to Teach Your Baby to Be Physically Superb : Birth to Age Six (More Gentle Revolution)

, he talks about how “physical activity stimulates brain growth in a similar same way that physical exercise causes muscles to develop. Physical exercise activates nerve cells in the brain and stimulates them to create neurological pathways. The brain grows by use as these pathways are developed.” (From International Parenting Association). He also gives tips and advice on how to encourage babies to creep and crawl.

I am just kicking myself now. But I guess it’s better late than never, right?

Exercises for baby to encourage crawling

For baby exercises broken down by age, including illustrations, check out Discovery Fit & Health’s How to Exercise with a Newborn

Safe Baby Wearing with a Family History of Hip Dysplasia

Hip what? DDH, or developmental dysplasia of the hip, is medical name used to describe a problem with formation of Read more

Smart Parenting Tips I am a work at home mom. It's basically a stay at home mom that holds the Read more

Love You Forever and Ever and Always

I love you my little one. I love you forever and ever and always. But some days I am itching Read more 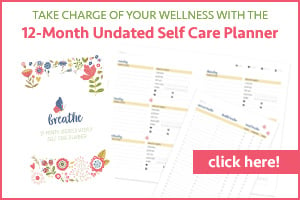