How much do you love plot-twisting books to read that you can get lost in? Here are the 10 Best Psychological Thriller Books for 2020 for you to check out.

Here are 10 suspenseful reads that will take you down the twisty windy road of intrigue and danger, guessing until the very last page. Check out this amazing list of the best psychological thriller books you can get lost in, and just might not find your way out until the very end!

Do you know that reading is so good for self-care? It’s so good to set aside time to get lost in a book, whether it’s a psychological thriller, self-help, fiction books or other kids!

1. The Silent Patient / by Alex Michaelides

The Silent Patient is a shocking psychological thriller of a woman’s act of violence against her husband―and of the therapist obsessed with uncovering her motive.

Alicia Berenson’s life is seemingly perfect. A famous painter married to an in-demand fashion photographer, she lives in a grand house with big windows overlooking a park in one of London’s most desirable areas. One evening her husband Gabriel returns home late from a fashion shoot, and Alicia shoots him five times in the face, and then never speaks another word.

Alicia’s refusal to talk, or give any kind of explanation, turns a domestic tragedy into something far grander, a mystery that captures the public imagination and casts Alicia into notoriety. The price of her art skyrockets, and she, the silent patient, is hidden away from the tabloids and spotlight at the Grove, a secure forensic unit in North London.

Theo Faber is a criminal psychotherapist who has waited a long time for the opportunity to work with Alicia. His determination to get her to talk and unravel the mystery of why she shot her husband takes him down a twisting path into his own motivations―a search for the truth that threatens to consume him….

Anna Fox lives alone—a recluse in her New York City home, unable to venture outside. She spends her day drinking wine (maybe too much), watching old movies, recalling happier times . . . and spying on her neighbors.

Then the Russells move into the house across the way: a father, a mother, their teenage son. The perfect family. But when Anna, gazing out her window one night, sees something she shouldn’t, her world begins to crumble—and its shocking secrets are laid bare.

What is real? What is imagined? Who is in danger? Who is in control? In this diabolically gripping thriller, no one—and nothing—is what it seems.

3. Lock Every Door / by Riley Sager

The next heart-pounding thriller from New York Times bestselling author Riley Sager follows a young woman whose new job apartment sitting in one of New York’s oldest and most glamorous buildings may cost more than it pays.

No visitors. No nights spent away from the apartment. No disturbing the other residents, all of whom are rich or famous or both. These are the only rules for Jules Larsen’s new job as an apartment sitter at the Bartholomew, one of Manhattan’s most high-profile and mysterious buildings. Recently heartbroken and just plain broke, Jules is taken in by the splendor of her surroundings and accepts the terms, ready to leave her past life behind.

As she gets to know the residents and staff of the Bartholomew, Jules finds herself drawn to fellow apartment sitter Ingrid, who comfortingly reminds her of the sister she lost eight years ago. When Ingrid confides that the Bartholomew is not what it seems and the dark history hidden beneath its gleaming facade is starting to frighten her, Jules brushes it off as a harmless ghost story . . . until the next day, when Ingrid disappears.

Searching for the truth about Ingrid’s disappearance, Jules digs deeper into the Bartholomew’s sordid past and into the secrets kept within its walls. What she discovers pits Jules against the clock as she races to unmask a killer, expose the building’s hidden past, and escape the Bartholomew before her temporary status becomes permanent.

FBI Agent Nell Flynn hasn’t been home in ten years. Nell and her father, Homicide Detective Martin Flynn, have never had much of a relationship. And Suffolk County will always be awash in memories of her mother, Marisol, who was brutally murdered when Nell was just seven.

When Martin Flynn dies in a motorcycle accident, Nell returns to the house she grew up in so that she can spread her father’s ashes and close his estate. At the behest of her father’s partner, Detective Lee Davis, Nell becomes involved in an investigation into the murders of two young women in Suffolk County. The further Nell digs, the more likely it seems to her that her father should be the prime suspect–and that his friends on the police force are covering his tracks. Plagued by doubts about her mother’s murder–and her own role in exonerating her father in that case–Nell can’t help but ask questions about who killed Ria Ruiz and Adriana Marques and why. But she may not like the answers she finds–not just about those she loves, but about herself.

5. The Girl Who Lived / by Christopher Greyson

No one believes her story.
The police think she’s crazy.
Her therapist thinks she’s suicidal.
Everyone else thinks she’s a dangerous drunk.
They’re all right–but did she see the killer?

As the anniversary of the murders approaches, Faith Winters is released from the psychiatric hospital and yanked back to the last spot on earth she wants to be–her hometown where the slayings took place. Wracked by the lingering echoes of survivor’s guilt, Faith spirals into a black hole of alcoholism and wanton self-destruction. Finding no solace at the bottom of a bottle, Faith decides to track down her sister’s killer–and then discovers that she’s the one being hunted.

Amber Patterson is fed up. She’s tired of being a nobody: a plain, invisible woman who blends into the background. She deserves more—a life of money and power like the one blond-haired, blue-eyed goddess Daphne Parrish takes for granted.

To everyone in the exclusive town of Bishops Harbor, Connecticut, Daphne—a socialite and philanthropist—and her real-estate mogul husband, Jackson, are a couple straight out of a fairy tale.

Amber’s envy could eat her alive . . . if she didn’t have a plan. Amber uses Daphne’s compassion and caring to insinuate herself into the family’s life—the first step in a meticulous scheme to undermine her. Before long, Amber is Daphne’s closest confidante, traveling to Europe with the Parrishes and their lovely young daughters, and growing closer to Jackson. But a skeleton from her past may undermine everything that Amber has worked towards, and if it is discovered, her well-laid plan may fall to pieces.   With shocking turns and dark secrets that will keep you guessing until the very end, The Last Mrs. Parrish is a fresh, juicy, and utterly addictive thriller from a diabolically imaginative talent.

7. Something in the Water / by Catherine Steadman

If you could make one simple choice that would change your life forever, would you?

Erin is a documentary filmmaker on the brink of a professional breakthrough, Mark a handsome investment banker with big plans. Passionately in love, they embark on a dream honeymoon to the tropical island of Bora Bora, where they enjoy the sun, the sand, and each other. Then, while scuba diving in the crystal blue sea, they find something in the water. . . .

Could the life of your dreams be the stuff of nightmares?

Suddenly the newlyweds must make a dangerous choice: to speak out or to protect their secret. After all, if no one else knows, who would be hurt? Their decision will trigger a devastating chain of events. . . .

Have you ever wondered how long it takes to dig a grave?

Wonder no longer. Catherine Steadman’s enthralling voice shines throughout this spellbinding debut novel. With piercing insight and fascinating twists, Something in the Water challenges the reader to confront the hopes we desperately cling to, the ideals we’re tempted to abandon, and the perfect lies we tell ourselves.

8. The Wife Between Us / by Greer Hendricks & Sarah Pekkanen

Twisted and deliciously chilling, Greer Hendricks and Sarah Pekkanen’s The Wife Between Us exposes the secret complexities of an enviable marriage – and the dangerous truths we ignore in the name of love.

Read between the lies.

9. The Perfect Family / by Shalini Boland

‘Mummy, she’s gone…’
Gemma Ballantine is getting ready for work one morning when her eldest child comes running down the stairs, saying the words every mother dreads.

The front door is open. And her six-year-old daughter has disappeared. Frantic with fear, Gemma starts a nail-biting search for her little girl.

After what feels like forever, her mother-in-law Diane finds Katie wandering lost a few streets away. Relieved to have her youngest child back in her arms, breathing in the sweet scent of her hair, Gemma thinks the nightmare is over.

But then her perfect family starts to fall apart.

And she realizes it’s only just beginning…

From the top ten bestselling author of The Secret Mother and The Child Next Door, this completely addictive psychological thriller of secrets, lies and betrayal will make you gasp out loud at the heart-stopping final twist. If you loved Gone Girl, The Girl on the Train and The Sisterthis book is for you.

Gina Royal is the definition of average—a shy Midwestern housewife with a happy marriage and two adorable children. But when a car accident reveals her husband’s secret life as a serial killer, she must remake herself as Gwen Proctor—the ultimate warrior mom.

With her ex now in prison, Gwen has finally found refuge in a new home on remote Stillhouse Lake. Though still the target of stalkers and Internet trolls who think she had something to do with her husband’s crimes, Gwen dares to think her kids can finally grow up in peace.

But just when she’s starting to feel at ease in her new identity, a body turns up in the lake—and threatening letters start arriving from an all-too-familiar address. Gwen Proctor must keep friends close and enemies at bay to avoid being exposed—or watch her kids fall victim to a killer who takes pleasure in tormenting her. One thing is certain: she’s learned how to fight evil. And she’ll never stop.

The Best Beach Books to Read this Year

The Best Books to Read 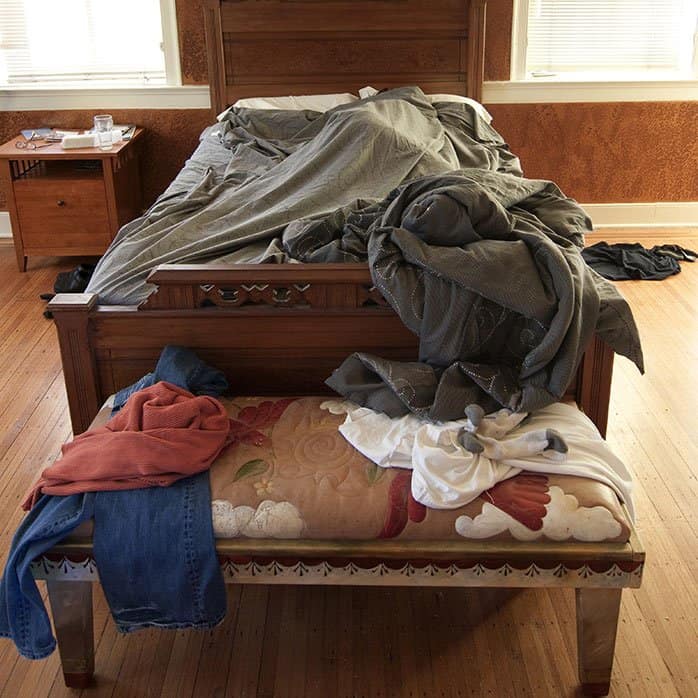 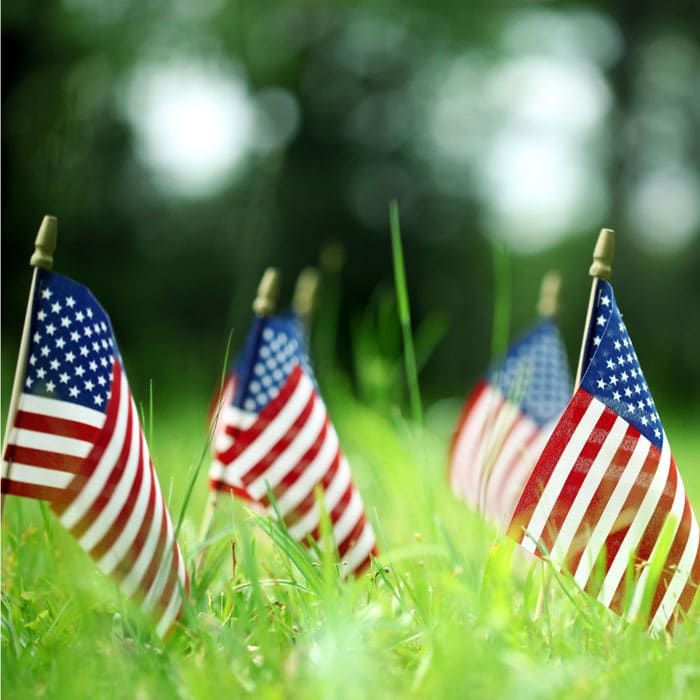