Last summer, I went to the grocery store to load up on anti-cancer foods. I had just found out that my mother had a large brain tumor and would be having surgery to get it removed. Being the avid health nut, I headed to the store with a list in hand to get all the ingredients I needed to wage a war on this “cancer.” She was to be on a strict diet of certain foods, more than one containing my new favorite seed Chia.

These seeds are so super tiny it’s hard to imagine they are so powerful. But if research is true, chia seed was going to be one of the best additions to all the baked goods I was sending to my mom. It’s very easy to add it to cookies, muffins and salads.

Abe’s Market has a Huge Selection of Natural and Organic Chia Snacks and Foods!

Chia seeds are the world’s richest plant-based source of protein, omega-3 fatty acid and fiber. To put this into context, ounce for ounce, chia has more omega-3 than salmon, more protein than tofu, more calcium than milk, more fiber than oatmeal and more magnesium than broccoli. 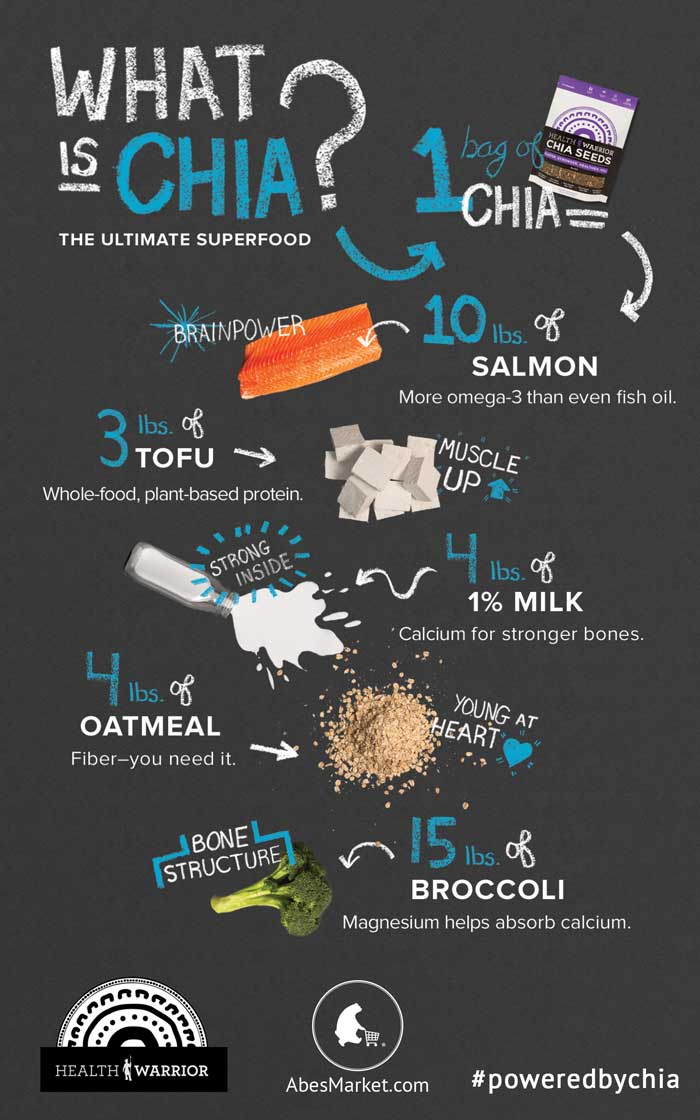