So many more people have dandruff than we realize, but it’s perceived as a hygiene problem more than a health issue. There are many reasons why one might have those pesky white flakes.

Table of Contents show
1 Dandruff: Symptoms, Causes, Treatment and Prevention
2 Causes of Dandruff
3 How to Prevent Dandruff
4 Treatment of Dandruff

Dandruff is a problem that is familiar to many millions of people all over the world, with Procter & Gamble suggesting on their website that perhaps 60% of US citizens will suffer from dandruff at one time in their life or another.

Normally, the life cycle of average skin cells is somewhere around 28 days. During this period of time, the skin cells are formed within the body before being gradually pushed to the outermost epidermal layer of the skin. Once the cells reach the very outer layer of the skin, in contact with the air, they quickly die and are shed by the body.

Because these dead cells are so small – invisible to the naked eye – and because the number of cells being shed is ‘normal’, the process is unnoticeable.

But in the case of someone who suffers dandruff, the situation is significantly different. In this case, the individual concerned is producing far too many skin cells, with the whole cell production process taking place in something between two and seven days. The result is that these cells are shed in oily clumps or as flakes, hence this person has dandruff.

In effect, someone who suffers from dandruff is simply showing the visible signs of an exaggerated physiological process, with their body working too quickly to process the job that for a non-dandruff sufferer is something that they will not even notice.

At some time or another, we have all encountered someone with the tell-tale white flakes in their hair and on their shoulders, so most of us are familiar with what dandruff looks like.

However, the white lumps or flakes on the shoulders of someone wearing dark clothing do not necessarily indicate a person who suffers from dandruff, because there are other conditions that can cause the skin on the scalp to flake in a similar way.

Some of these conditions might require medical attention or special treatment, so you cannot automatically assume that flaky skin landing on your shoulders immediately tells you that you have dandruff (although as dandruff would be by far the most common cause of flaky skin, it would be the most likely cause).

Learning to recognize these other conditions is a valuable exercise as it should enable you to differentiate between dandruff and something else that might be (or may become) more serious and worthy of medical attention.

As these glands are found in hair follicles, it follows that any part of the body where there is hair present is a place where you might suffer from Seborrhoeic dermatitis.

Fortunately, whilst the condition might be visually unpleasant and often causes irritating itching, it is nevertheless harmless. Whilst it is also a condition that can be persistent, it is one that is easily dealt with using either natural means in the majority of cases, or medication if absolutely necessary in the most severe cases.

Scalp psoriasis
In the case of people who suffer from psoriasis, one area of the body that is often affected is the scalp. As the most common form of psoriasis (psoriasis vulgaris) is characterized by angry red lesions on the skin with a silvery, flaky upper skin layer, scalp psoriasis will usually cause dead skin flakes to land on your clothes in exactly the same way as dandruff would.

Psoriasis is a medical condition that can vary in degree and severity, with the most severe cases sometimes requiring medical intervention.

And whilst there are different types of psoriasis, it is a fact that 80% of people who suffer from the condition have psoriasis vulgaris, which would be evident in most sufferers by the angry red lesions or plaques that can appear almost anywhere on the body.

However, the most common place to encounter psoriasis lesions is on the elbows and knees, so if you have skin flakes dropping down from your head as well as these lesions, it is likely that your scalp problem is associated with psoriasis rather than with dandruff. In this case, seek medical advice to confirm your condition.

Fungal infection
Every person has millions of fungus cells on every part of their body, but for the majority, these fungi cause no problem whatsoever. However, if the skin is damaged in some way, the fungus on the surface can gain access to the body, in which case it is possible that it might cause a fungal infection.

This can happen on any part of the body, including the scalp, so it is entirely possible that from time to time you might suffer a fungal infection that causes the skin cells around the infected area to die in greater numbers than usual. When this happens, you would encounter dandruff-like symptoms as the dead skin cells are shed.

Whether you need to seek medical attention in these circumstances would depend upon the severity of the fungal infection from which you are suffering. However, in the case of fungal infection, it should be evident that something is not quite right because it is most likely to be accompanied by a degree of pain, which dandruff very rarely is.

Head lice
Although it is perhaps not that easy to believe in this day and age, there are still millions of people (mainly children) all over the world who suffer from head lice. For example, it is believed that anywhere from 6 to 12 million people are treated for head lice in the USA alone every year, whilst high levels of louse infestation have been reported in countries as diverse as the UK, Australia, Israel, Denmark and Sweden.

And in the case of louse infestation, it is possible that the excoriation (or shedding) of skin cells caused by the lice as they go about their ‘business’ might cause a condition that appears to be similar to dandruff.

Although head lice are not believed to be carriers of any disease, they are certainly something that you want to get rid of as soon as possible, so if there is any reason to suspect an infestation, you should seek attention as soon as possible.

Malassezia Yeast
Some 25 years ago, dermatologists began to suspect that one of the major causes of dandruff is a naturally occurring yeast that everyone carries on their skin known as Malassezia yeast.

Nowadays, it is generally agreed that it is a combination of this particular form of yeast and the sebum secreted by the sebaceous glands in the hair upon which this particular yeast feeds that is the primary cause of dandruff in an individual who is already genetically predisposed to suffering from the condition.

When the yeast feeds on the natural grease produced by the human skin, it generates oleic acid which then penetrates the stratum corneum (the outermost layer of the skin) and causes irregularities in the way the skin cells divide, accelerating the growth of new cells by doing so.

As suggested, it is this increased turnover or rapid production of skin cells that causes dandruff, hence removing Malassezia yeast from the skin should help to reduce or remove your dandruff problem.

How to Prevent Dandruff

It is so important to eat a healthy balanced diet to reduce or get rid of your dandruff problem.

For instance, unless you buy only organic vegetables, many of the vegetables that you are eating will have been grown in soil which is lacking in the minerals that form a very important part of a healthy diet. This is a natural side-effect of the fact that the demands on farming are increasingly heavy, meaning that the farmers who are responsible for growing the vegetables that you eat are forced into growing vegetables in soil of increasingly poor quality.

Taking these different factors together, it becomes an unavoidable conclusion that there are many people who will not take on board the necessary vitamins and nutrients through their food, whether they are conscious of this (i.e. if the knowingly eat a poorer quality diet) or they are not. Consequently, dandruff sufferers who are not taking on board a healthy balanced diet are aggravating the severity of their problem internally.

For this situation to be turned round, supplementation of your diet with vitamins and minerals is therefore necessary.

All of these nutrients stimulate the blood supply to your scalp, which in turn helps the top of your head to stay healthier. In effect, by making sure that all of these vitamins and nutrients are included either in your diet or in supplements, you are ensuring that you are dealing with your dandruff problem from the root (in more ways than one).

You are combating the problem internally by providing your body needs to fight your problem completely naturally, so the importance of supplementing the kind of poor diet that many of us simply have to live with it cannot be underestimated.

One of the best remedies to relieve dandruff is tea tree oil. It has many wonderful properties that keep all the scalp problems at bay. Read on to learn How to Use Tea Tree Oil for Dandruff.

Apple tonic
Mix one tablespoon of apple juice with three tablespoons of water and massage the mixture into your scalp three times a week.

Coconut oil and lemons
Massage warm pure coconut oil into your scalp and then rub in the juice of two lemons. Steam your hair by placing your head over a bowl of steaming hot water with the steam sealed in with a warm damp towel. After steaming for a few minutes, leave the mixture on your hair for a couple of hours before rinsing off, and repeat two or three times every week.

Rosemary
Rosemary is the active ingredient in many commercial hair tonics and shampoo which rejuvenates the scalp and keeps the skin healthy. You may be able to buy rosemary oil in a health food shop, but if not, add eight tablespoons of dried rosemary to a pint of boiling water, oil solution to five minutes and then drain the wasted rosemary leaves away. Apply the solution to your scalp and leave on your head for as long as possible.

Thyme
Boil five heaped tablespoons of dried thyme in about a pint of water for a period of 10 to 15 minutes. After this, allow the infused liquid to cool before straining the thyme leaves out of the mixture and storing the resulting liquid in a jar. Keep in the fridge and massage the liquid into your scalp three or four times a week, taking care not to rinse the solution out.

Baking soda
It is now established that baking soda has powerful anti-fungal qualities, so making up a baking soda paste with warm water before applying it to your scalp should help to keep down the yeast which ultimately cause dandruff.

Peanut oil and lemons
Mix the juice of half a lemon with eight teaspoons of peanut oil and rub the mixture into your hair. Leave the mixture on your scalp for 10 to 15 minutes before washing the solution away as normal. 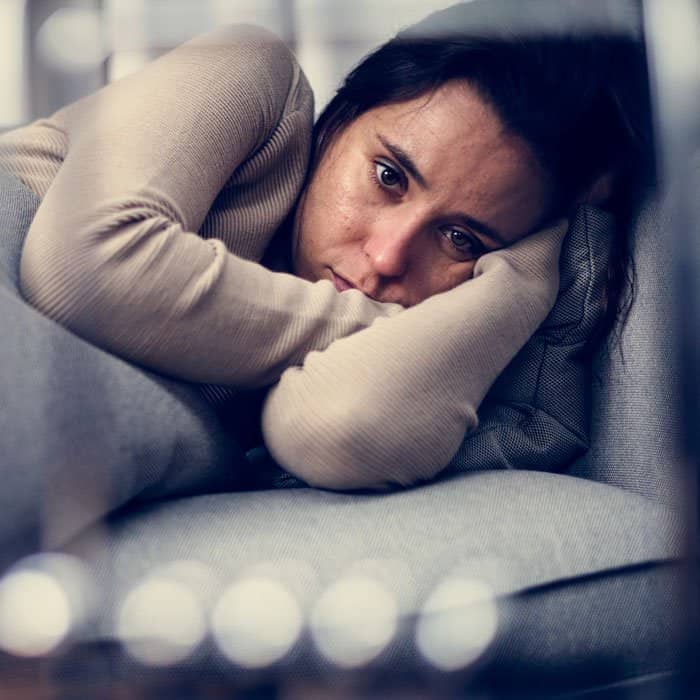 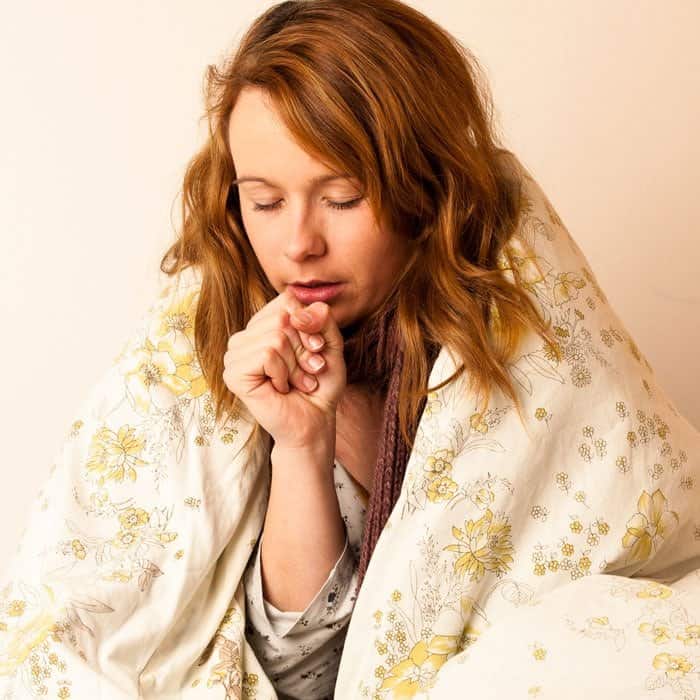