You would be forgiven if you never connected the idea of Halloween and charity before. At this time of year, children are primarily concerned with the idea of dressing up, being allowed out after dark (with adult supervision of course!) and being given far too many sweets than is good for them. However, since the community is coming together, what better way to counter the overindulgence than with a little charity for the sake of others? This is also a good excuse to get creative with Halloween crafts!

Hold a Petrifying Picture Competition
Have you spent ages helping the little ones with their outfit? No doubt you have taken pictures of your little zombie, cat, wizard or tiger to put in the family album – what about tapping into this idea? Why not set up a scary scene photo shoot for charity? It’s not hard to get creative with old cardboard boxes and create some scenery for a photo background. Paint a twilight mountain scene, a haunted old house or even a graveyard! You could also paint scary figures like mummies or vampires and cut out the faces so that people can put their heads through. Grab an old Polaroid camera and charge parents a small amount – such as twenty pence – for each picture taken. The money can then be donated to a charity of your choice.

Make a Pumpkin Donation Box
We all love to carve a pumpkin – at least that’s true in our house. Get your pumpkin to give back this year by turning it into a collection box. When you carve your pumpkin, add a slot into the lid, the right size for small change. Make sure that the pumpkin is big enough to fit a clean, plastic food container inside, to catch any donations that may fall through, rather than landing in the soft pumpkin flesh that’s left inside. Nominate your charity clearly with a laminated photo showing a picture and your reasons for supporting it and include this with the pumpkin or pumpkins on display outside your door. It’s your choice whether you just carve a scary face, a crescent moon, a witch’s hat or decorate the pumpkin with sequins, buttons and glitter.

Have a Haunting Cake Sale
There are loads of recipes for spooky snacks out there. In the run up to Halloween, when everyone is busy stocking up on candies, why not bake some and sell them on a stand outside the house, donating the proceeds to charity? There are lots of different things to try: you could make meringue mixture, fill an icing bag and pipe it into the shape of a ghost – then bake in the oven and decorate with icing. Or make some green mini-jellies and add sweets in the shape of bugs to the batch before it sets, for a gooey, swamp-like confection. Even if you simply bake a batch of ginger bread men but ice them as horror figures like werewolves and Frankenstein’s monster, they are bound to be a hit!

There’s still time to get crafting before Halloween –
have fun everyone! 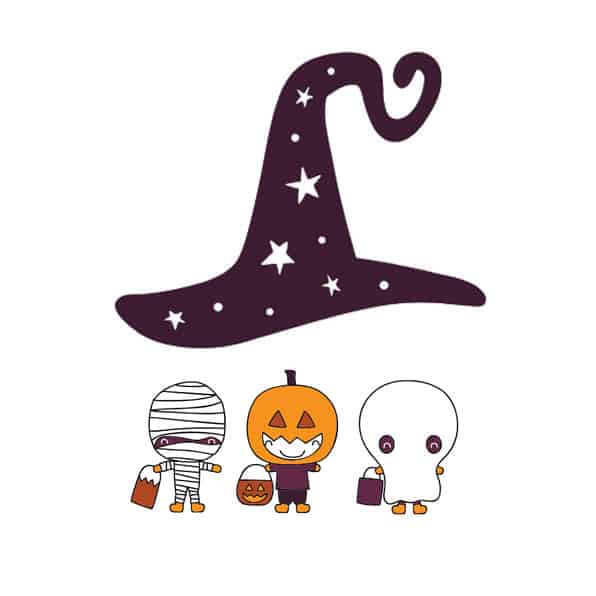 Whether you are a Halloween lover or you do it for your kids, these Halloween coloring pages are going to Read more

Halloween Labels and Tags Free Printable Stationery - print them out and use as labels on cards, favor bags, or Read more

Here is a list of 5 healthy snacks for kids at Halloween that are made naturally with real food. This Read more