Ok, so I will tell you straight out, I’m all for healthy recipes but I have been afraid of using a chickpea veggie burger recipe for the last few years. When someone says veggie burger, I think Boca burger. Remember those frozen burgers you used to be able to buy in the box in the hot dog section? I don’t know if they still make them, but back in the day my husband and I really enjoyed them. Maybe because we had to, being young and having no money to spend on real hamburgers.

So I keep hearing about veggie burgers and have completely avoided them. I’ve been like, oh yeah, veggie burgers, of course. Meanwhile thinking to myself, “Hell yeah if I will make those things again!” I’m not sure what sparked the epiphany, but I finally realized that veggie burgers are made with real veggie and BEANS – my favorite thing in the world! Duh! 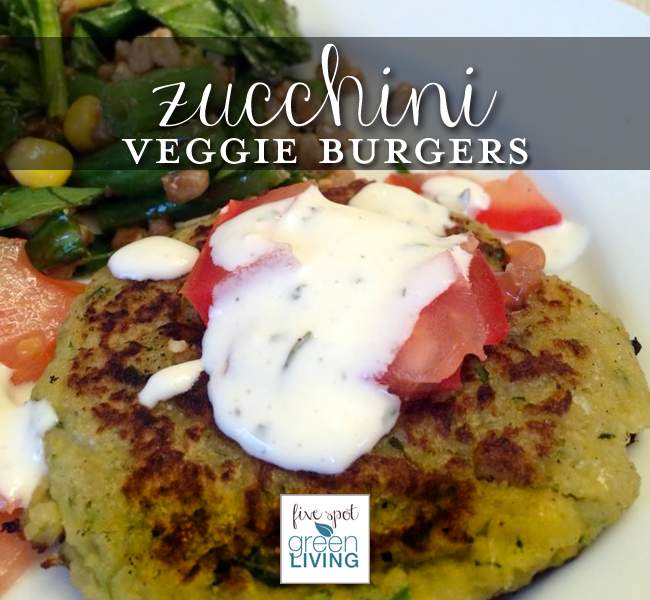 These burgers came out so good my kids gobbled them up without asking twice! 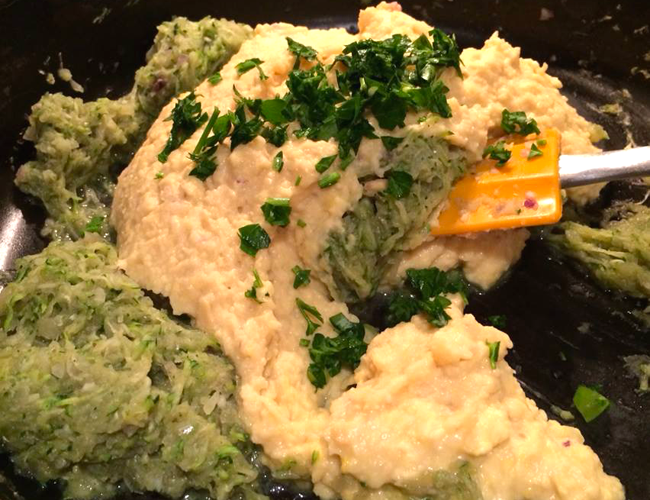 After sautéeing the zucchini, onion and garlic, mix the chickpeas and corn in a food processor until it becomes a paste. Then add to the sauté and mix, with the parsley and seasoning.

Stir in the cornmeal (I actually used semolina flour!) until mixed and then transfer to a bowl. 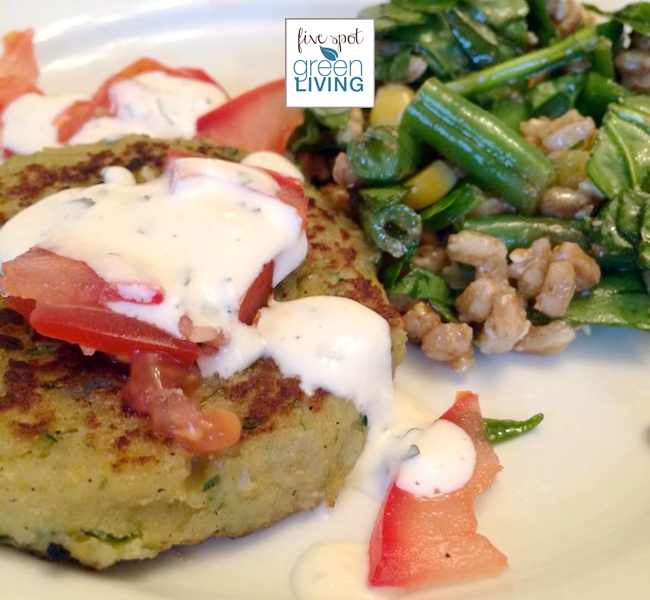 It’s best if you let the mixture sit for a little bit, maybe about 10 minutes. Then after forming patties, let them sit again. I never, ever get to do this. Maybe making them before the witching hour would help them form into patties a bit easier. Mine were more like falafel when I dropped the batter into the pan, so I just let it cook for a few minutes, then flattened and flipped. Still awesome. 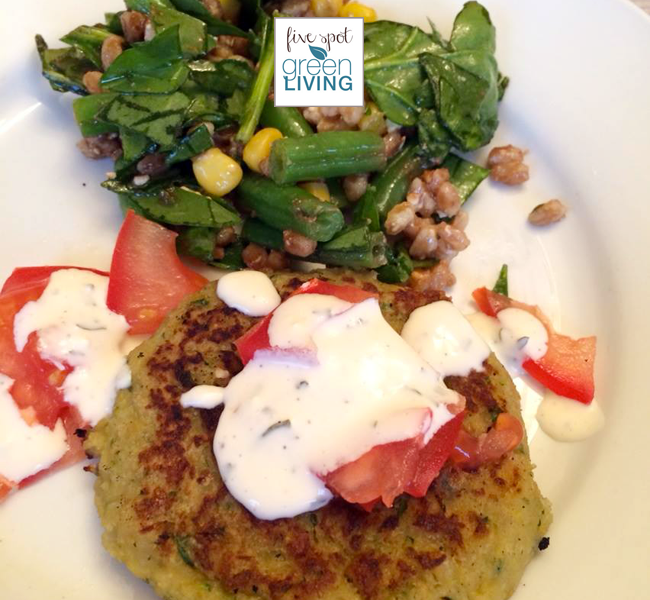 Definitely serve the burgers with some fresh veggies on top like spinach and tomatoes and cucumbers. 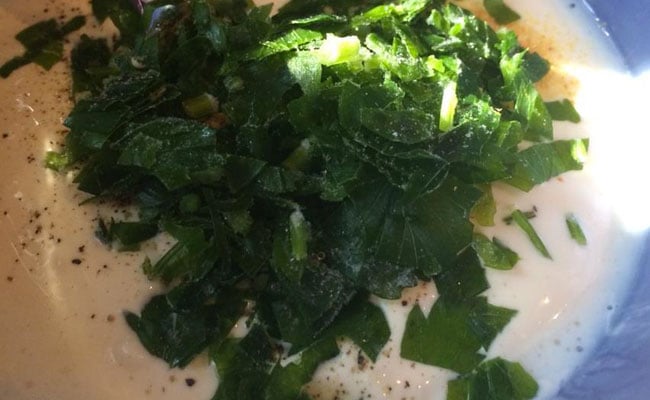 The kids raved about the homemade ranch dressing. It’s funny they really don’t like the kind in the bottle but can’t get enough of the homemade kind. Recipe below!

Put 2 tablespoons of the olive oil in a deep nonstick or cast-iron skillet with a lid over medium heat. Put the onion and garlic in a food processor and pulse a few times to grind almost smooth. Add the mixture to the pan with a sprinkle of salt and pepper and cook and stir.
Stir the zucchini into the onion mixture along with another sprinkle of salt and pepper. Put the remaining corn and the chickpeas into a food processor and let the machine run until it becomes a thick paste. Continue to cook and stir the zucchini mixture until the vegetables release all their water and it starts to evaporate, about 5 minutes. Stir in the corn paste and the cornmeal. Remove from the heat, cover, and let rest for 10 minutes. If the mixture seems too wet, stir in a little flour to help bind it. Taste and adjust the seasoning.
Form 6-8 patties and let sit for a few minutes if you have time. (You can make the burger mixture or even shape the burgers up to several hours in advance. Just cover tightly and refrigerate, then bring everything back to room temperature before cooking.) Wipe out the pan, put in the remaining 2 tablespoons of oil, and turn the heat to medium. A minute later, add the patties. Cook until nicely browned on one side, about 5 minutes; turn carefully and cook on the other side until firm and browned.
Serve on plates or on buns with the usual burger fixings. Or cool and refrigerate or freeze for later use.

Oh I love the idea of putting zucchini together with chick peas to make a veggie burger. Bet it tastes great! Thanks for sharing ... I'm definitely bookmarking this one to make for my family! :-)

This looks yummy! Have to give it a try xoxo

I can't wait to harvest some zucchini from the garden so I can try this!

Wow this looks delicious and what a great alternative! I will definitely have to try out this recipe this summer! Thanks for sharing!

No problem Heidi! It is really yummy - definitely need the red onion though. I just made these again with white onion and they were not as good.