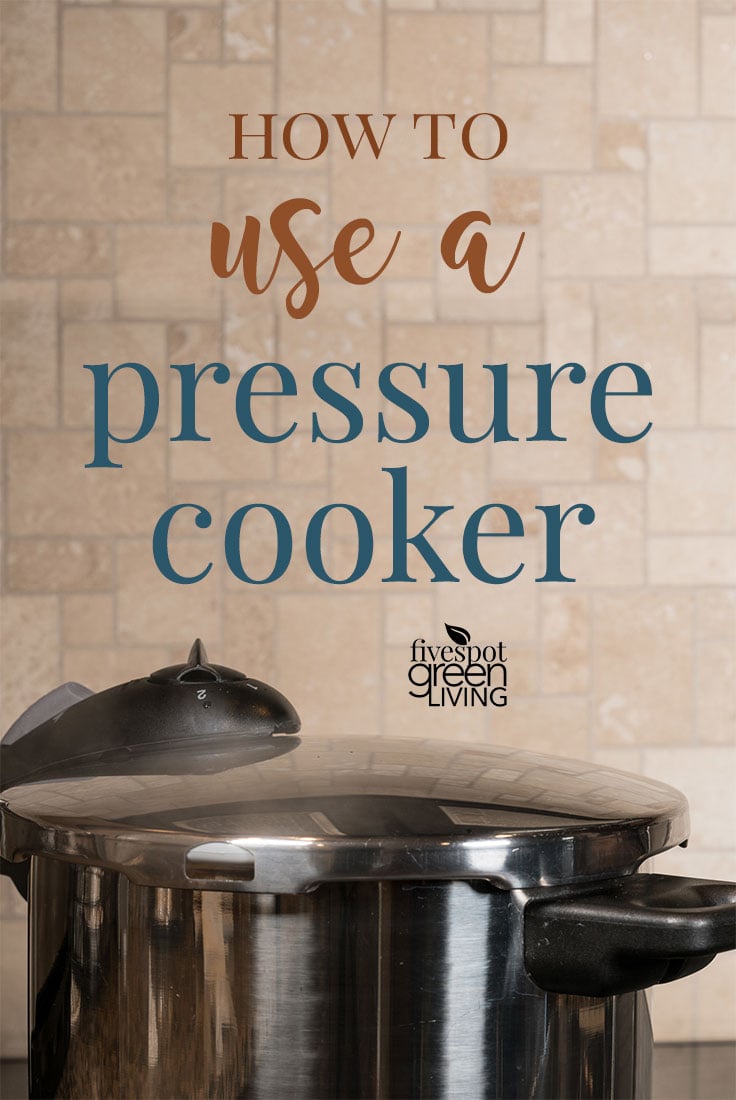 How to Use a Pressure Cooker – It isn’t So Scary!

Do you know how to use a pressure cooker? Most people are afraid of using pressure cookers, because of the rumors of them exploding. Honestly, that has never ever happened in my experience. When my mother-in-law taught me how to use the pot and was lifting the top nozzle to let the steam escape, I asked her about this. Do you know what she said? She laughed and said, “No way!”

You can also use an electric pressure cooker which is also known as an instant pot for these recipes.

Now, to give that statement some weight, let me give you a brief history of her usage with pressure cookers. She is from Morocco, where she grew up, and pressure cookers are in abundance over there. It is likely that every household has at least one pressure cooker, if not more. They have been used for generations to cook slow-cooking Moroccan Food dishes like tagines in a matter of an hour, where it would take 4-5 hours without the pressure cooker.

And so, our lesson begins…

How to Use a Pressure Cooker – It’s Easier than You Think!

Sizing is important as well. I have always used a 6-quart pressure cooker, even before kids. It’s a universal size to have that works for a couple or when cooking for guests and/or a family. You can make a really large (I mean huge) pot of soup or stew with a 6-quart pressure cooker! My favorite brand is Presto – it’s the first one I was given as a gift and the one I stand by after using it for eight years. The Presto 6-Quart Stainless Steel Pressure Cooker holds up to heavy usage and I’ve never had to replace parts!

How to Use a Pressure Cooker
The great thing about pressure cookers is that you can actually throw in a piece of FROZEN meat and it will cook up fast. Just last week I made a chicken dish with peas and potatoes in broth and I added frozen chicken with the onions and all the spices. I have also done this before with a frozen chunk of beef. It doesn’t need to be browned first, like dishes in regular pots or slow cookers.

Because of this, and the fact that the food cooks up so quickly, makes it both eco-friendly and economical. It’s just an efficient way of cooking when you don’t have a lot of time to make dinner. You can have it cooked up in an hour, without having anything prepared beforehand.

Pressure cooking not only enables your meal to be on the table faster, but it locks in flavor like cooking in a regular pot just doesn’t do. Meat and chicken absorb the liquid and spices in the pot. When you have all of your ingredients in the pot that you want, close the lid and put the nozzle on top. Medium-high to high heat is preferable to get the steam into the cooker. You will hear that distinguishable sound when the pressure has been reached, and the nozzle starts rocking back and forth with a “tsh tsh.” It’s pretty loud, so don’t be nervous. It’s normal for this to make that sound and you want the nozzle rocking like a see-saw. At this point, you can turn down the heat to medium, if desired.

Check out this video to hear what the pressure cooker sounds like when pressure has been reached:

Don’t want to do that? Read this review about the Cuisinart Electric Pressure Cooker.

How Long Does it Take to Cook Food in a Pressure Cooker?
Usually, you only need to cook food in the pressure cooker for 1/4 to 1/3 of the time it would take in a regular pot. Chicken, for example, takes 15 minutes to achieve a fall-apart consistency. For beginners, a book like Miss Vickie’s would be a great resource. I have purchased this cookbook for everyone I have given a pressure cooker and it has gotten great reviews. Miss Vickie’s Big Book of Pressure Cooker Recipes is not great just because of her name (ha ha) but because it contains in-depth guidance on every aspect using a pressure cooker including tips, troubleshooting and pressure cooker safety.

Did you know you can add dry beans to a pressure cooker and in 30 minutes use them for a meal? In the photo above, I am cooking chickpeas to be roasted. An entire bag – yummy!

When pressure cooking, add the water to an inch or two above the contents. There is a line on the side of the cooker showing you how high the liquid inside can go. When you are done cooking your meal and turn off the heat, you can cool of the cooker in one of two ways. The first way to do this is to put the pressure cooker in the sink and spray cold water on the side to cool it and get the steam to escape. The other way is to hold the nozzle on top at an angle to physically allow the steam to escape. This is perfectly safe, as long as you let the steam escape slowly. The cover is ready to be opened when the pin in the handle drops. It’s pretty loud, so you will know.

Here is another video, this one showing my preferable method of using the top to cool down the cooker:

Ok, ready to cook? Let’s go! Why don’t you start with my Moroccan Vegetarian Lentils recipe to start, then head over to get Miss Vickie’s cookbook.

What do you think? Do you think you will try out a pressure cooker or do you already have one?

Here are some great recipes to use when you are learning how to use a pressure cooker!
Hearty Moroccan Beef and Potato Stew with Olives
Chickpea Carrot Moroccan Stew
Moroccan White Beans {Loubia}
Easy and Healthy Moroccan Lentils Recipe

I have an All American pressure canker that I have used for 23 years now for canning. I found a 6 qt. stainless steel Presto pressure cooker at a garage sale 2 weeks ago for $5 and was brand new, never taken out of the box before. This is my first experience cooking with a pressure cooker. I've made a beef roast and pork roast already. I love it and can't wait to learn more and try new recipes. I love the short amount of time it takes and that the doneness is just right. My great grandma was scared to use a pressure canner/cooker.

I have to admit that even though I grew up watching my mother and grandmother use pressure cookers, I've never used one. Have always been a little afraid of them even though I know it's unfounded. Your post alleviates some of my fear. Thanks for sharing at Over the Moon.

I have been using my crockpot for years and needed a change. There have been many days I could not decide what I wanted early enough for the slow route. This was the main reason I decided to buy a pressure cooker. My sister received one from my grandmother and loves hers too. I am looking forward to enjoying some great meals in less time. Thank you for guiding us in the right direction with the use and some receipes.

I have been toying with the idea of getting a pressure cooker. All of the recipes look really great. I used to watch these infomercials for the T-Fal pressure cooker back in the '90's. My interest was piqued because they featured an actress I recognized from tv's "All My Children".

As your title, using a pressure cooker is much easier than I think after reading your article. For beginning, I care a lot about the safety of the kind of product due to wrong ways using. But now, I know exactly way what I need to do. Thanks!