Farro is not widely used in the United States, but cooking with farro is very versatile. I love the healthy recipes it creates! 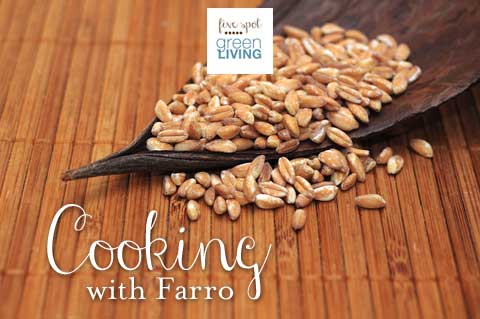 Have you ever heard of Farro? I never have but was recently introduced to it and it’s something of a mystery to me. When I tried it, it wasn’t like any other whole grains I’ve eaten before. Soft and chewy, yet still a little bit crunchy, it’s a little bit like oatmeal and a little bit like rice. I ate it cooked plain and added honey to it and it was very satisfying.

Apparently, it’s a great reliever of tension and cramps because farro is rich in magnesium. It also is very high in vitamins B and E and is packed with protein and fiber (twice that of wheat).

Farro is often confused with spelt due to their similar taste and texture.

Farro comes pearled and semi-pearled – pearled farro will take less time to cook than semi-pearled. Farro originates in Italy, where its tough husk makes it more difficult to process than other commercially produced grains. As a type of wheat, farro is unsuitable for those with celiac disease, gluten intolerance or a wheat sensitivity or allergy. 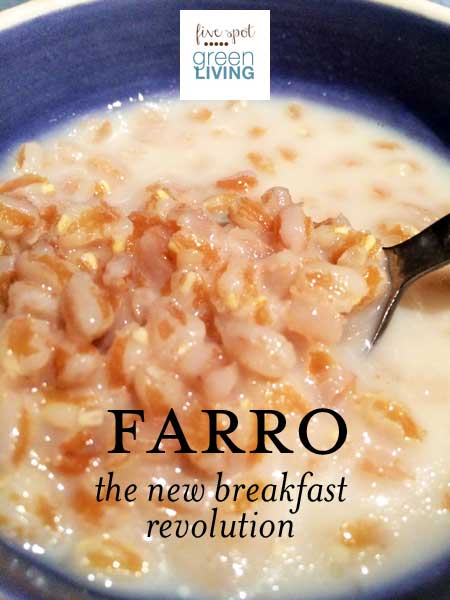 Directions
Combine with water in a pot and bring to a boil. Reduce heat to low, cover and simmer for up to 40 minutes, until grains are tender and have absorbed all of the liquid.

Have you ever tried farro? If so, how did you eat it? If you haven’t tried it, would you be interested in eating it?

[…] is of the wheat family, so farro is unsuitable for those with celiac disease, gluten intolerance or a wheat sensitivity or allergy. […]

I cook with farro often. I like mine al dente. My favorite farro meal is to mix cooked farro with toasted coconut and kale. I use a sesame oil dressing on top.

Ooh Elisebet, I will have to try that! I haven't done much with kale, but I am always eager to try new recipes.